The last week heralded a particularly apocalyptic barrage of gloomy headlines from America. And I know many people in my profession are asking themselves and their colleagues the same sort of questions: Whereto from here? How did this happen? What is our role in this post-truth Trump-iverse? There may even be feelings of guilt among US journalists, who tried their very best to keep the world as we know it from imploding by pleading, screaming, putting the codes that have guided their profession on a pyre as offering to the news gods in the hope that they'll be able to stop the inevitable. It did not work. And as a result it has rattled the faith they and many others had that democracy and sanity would prevail; that 'the public' would make the right choices if only they had the right information.

But I came to a startling realisation over the last few weeks since the elections. The moment newspapers and publishing platforms sacrificed their principles because of 'unprecedented circumstances' was the moment Trump won. They played right into his hands when they declared that they would henceforth be providing biased reporting in the run-up to the elections - instantly losing any chance of persuading Trump fans of their stance and only preaching to the converted for the rest of the election period. The result, as we all know, was a victory for Donald Trump in the face of many 'facts' that should have swung the election in his opponent's favour.

While thinking this over I came across a surprisingly relevant news story from 2010 about a series of studies that discovered how the use of facts not only fails to persuade, but how it can actually backfire:

"Facts don’t necessarily have the power to change our minds. In fact, quite the opposite. In a series of studies in 2005 and 2006, researchers at the University of Michigan found that when misinformed people, particularly political partisans, were exposed to corrected facts in news stories, they rarely changed their minds. In fact, they often became even more strongly set in their beliefs.

Facts, they found, were not curing misinformation. Like an underpowered antibiotic, facts could actually make misinformation even stronger."

There's also an NPR radio programme on the 'backfire' phenomenon from July 2010. During the programme health policy researcher Brendan Nyhan (who published "When Corrections Fail: The Persistence of Political Misperceptions") explains:

Beliefs and facts are therefore often in conflict. And it can be almost impossible to change beliefs by presenting the believer with some conflicting facts. But there may be a different way to change beliefs. Many articles and quotes can be found that celebrate the power of fiction to influence the way people think about certain issues; to make them consider certain truths through a story. I particularly enjoyed this quote on the matter by author Doris Lessing:

"There is no doubt fiction makes a better job of the truth." ― Under My Skin: Volume One of My Autobiography, to 1949

A good story - whether fictional or not - has an ability to capture the imagination; and if you've managed to capture someone's imagination, you can reach them in a way stating a series of facts often fails to.

Trump will keep on winning if, for instance, journalists refuse to attend White House press briefings like sulking children, because this plays into his narrative that 'the media' has agency, and is collectively acting against him. As frustrating as it may be, and as worthless as they may feel, the only thing that can be done is to continue reporting with integrity and at least a certain amount of balance; to try and win the trust of the public and to patiently chisel away at the veneer of lies by writing excellent stories.

I recently came across a quote to the effect of: "People can argue with facts all day. But they can’t argue with a story." While 'the facts' are always up for debate as our different beliefs clash, now is the time when stories matter most. At the exact moment journalists may feel worthless and impotent - this is when storytelling might come to its full potential, whether those stories are whispered, drawn, or written in newspapers.

I'll never forget a clip shown to my BBC College of Journalism class several years ago. It was from a scene in the film Amistad where Anthony Hopkins makes a particularly powerful statement - beautiful in its simplicity - which makes a rather fitting mantra for journalists - in these times and beyond:

"Whoever tells the best story wins." 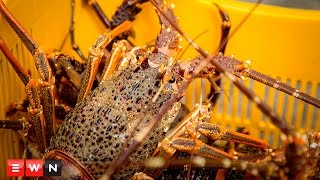